The new Macbook 2016 has a touch bar, dynamic and customizable, just above the keyboard. This touch bar is really excellent. It performs and displays a number of functions according to the application and it can be customized in a number o f ways.  It’s your choice, how you want to customize it.

Now let’s talk about touch bar in some detail. It is a thin OLED display strip present at the top of the keyboard in MacBook 15 and 13-inch variant. It gives a series of shortcuts to the users, depending on which app they are using. You can also remove those features according to your preferences.

Initially, it displays both Apple’s programs as well as third-party applications. Apple’s program like Photos, iTunes, and maps & third parties like 1Password, Day one and day Pro.

In this article, we are supposed to know about customization of Touch bar. But, before discussing it, we should be aware of features of touch bar and its uses. After that, we will be able about its customization.

LET’S TAKE A LOOK AT ITS USES 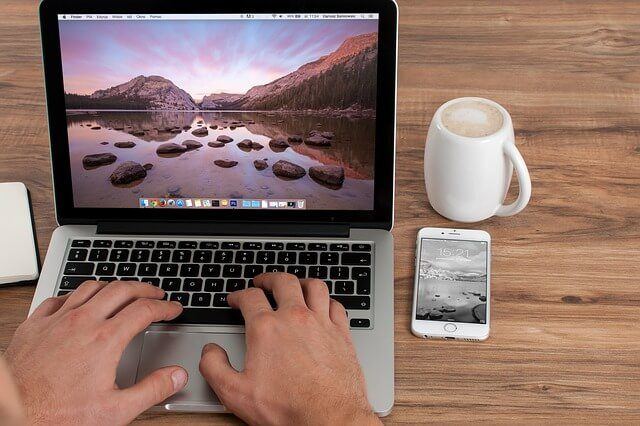 How to use Touch Bar on new MacBook Pro: Safari

On default, it features back and forward buttons, a ‘new tab’ button and a set of thumbnails showing the tabs you currently have open. You can quickly switch between opened tabs by just sliding your fingers.

It contains ‘Esc’ button on the left. Then back and forward buttons, then a ‘search’ button. On clicking ‘search’ button, URL bar opens. Then, it contains some thumbnails, then new tab button, and then a condensed control strip, beginning with a left arrow, followed by buttons for brightness, volume, mute audio and Siri.

How to answer phone and FaceTime calls with Touch Bar:

Whenever you will get a FaceTime or Phone call, touch bar will change dynamically and you can just tap green accept button to take the call or the red decline button if you’re not interested.

How to use it for Photos:

There is image thumbnail for rapidly jumping to the picture you want to work on. After opening, there are buttons to like a picture, an edit key. On clicking edit key you will get crop, auto edit, rotation tool and other options also. After that, click done to go back to the default photos.

How to use for Maps:

For maps, you just get the icons for restaurants, cafes, shops and cinemas.  On tapping, Maps will run a search for nearby business answering that description. On selecting a particular business, you will get buttons to get directions, to call, to mark favorite, to get information and send the details to a contact.

How to use Touch Bar for Mail:

While writing mails, suggested words and emojis appear above the keyboard so that you can write you e-mails more quickly.

How to use for Emoji:

In Mail section, there is a smiley face button. On touching it, it will transform into a swipeable menu of emoji. You can tap the button on the left to select a different menu of images. Just tap the emoji you want and it will include in your message.

How to access the Function keys on Touch bar

Simply hold down the Fn key on the keyboard, and the Touch bar will promptly display the old Function keys. You can also customize the function of Fn key.

How to Customise the Touch Bar in new MacBook Pro 2016

Customization is done on an app-by-app basis, and Apple says that only some apps allow you to customize the way Touch bar works.

How to customize whether the Touch Bar displays App Controls, Control Strip or both

First of all open system preferences and then open the Keyboard section. In the ‘Touch Bar shows’ menu, you can decide for all, whether the Touch Bar will just show App Controls, just an expanded Control Strip, or a mixture of two.

How to customize the function of Fn button on Taskbar

In the Preference- Keyboard menu, select what the Fn key will do to the Touch Bar. There are two options- bring up the functions key, App controls.

Only some apps will allow you to do so. So after opening, select View>Customise Touch Bar and you can choose the options given below. Different apps have various locations for Touch bar customization menu.

How to customize Touch Bar in Notes:

There are no additional adds on for Notes. So what you can simply do is removing some options so that some space will get added. Open Notes and select View, then Customise Touch Bar, then drag-and –drop the controls you want into the positions where you want them.

How to customize Touch Bar in Safari:

For customization, go to View> Customise Touch Bar and then you can add includeAdd Bookmark, Reader, share, Tab Overview, Home, History, Favourites Bar, Autofill, and Sidebar. For maps and Contacts, there is no possible customization for now.

For maps and Contacts, there is no possible customization for now.

So, we have seen that new Macbook Pro has some great new features and one of them is Touch Bar. It is very interesting, have many things to do and it enhances overall experience. As the product is new so we can’t tell its full features now but we have seen some of them, which are really good and relaxed.

Keeping Yourself Safe From Technology Fraud

How Can Your Business Save Money by Outsourcing IT Support?

How to Recover Data from Formatted SD Card on Mac