We don’t wish accidents on ourselves or other people, but they still happen. And some accidents that occur are particularly strange. You can call these outlier accidents if you want. Unless you want to be totally surprised by them later in life, it’s crucial that you think about some of these remote possibilities early, just in case you have to do something about them at some point, and can’t rely on others to figure out your situation for you.

Right off the bat, think of some bizarre circumstances that could involve accidents in your life. What about a single car crash? There is literally no one else on the road, and you can still damage your vehicle. Then there are the outlier accidents of slips and falls. You may think you are protected and safe, but the first time you slip on a patch of ice or puddle of water in the wrong place, you could be in for some hurt.

And then, there are definitely accidents and injuries that happen on vacations, even though you wish that you were immune from the possibility of all risk. 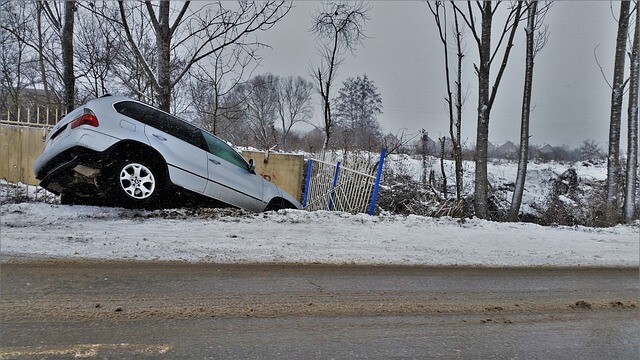 Have you ever wondered what happened to a car that you’re passing on the road that looks damaged but no one else is around? If you research single-car crashes, it’s not always the person’s fault who is behind the wheel. There could potentially have been a mechanical error that made the vehicle impossible to drive, for example. In that case, it’s just a matter of pure, dumb luck.

It’s funny when people slip and fall on TV. It is not funny when you slip and fall yourself. Especially when it’s an unusual situation. You expect to be careful on ice patches on sidewalks. You plan to be cautious near water fountains and hallways of buildings. But, there may be places that don’t seem like they should be hazardous at all, and yet you still managed to slip and fall and injure yourself. In those instances, rather than be embarrassed, you have to know what steps to take to protect yourself legally and financially.

Unfortunately, just because you’re going on vacation, that doesn’t mean that there aren’t risks out there in the world. If you do end up in some injury situation while vacationing, it’s vital that you know what to do beforehand.

You’re probably not going to be familiar with where the nearest hospitals are or what lawyer you might need to call first, so make sure that you at least have the resources to research those questions quickly. In addition, if someone else was injured along with you because of the nature of the accident, you may have an interesting time trying to talk to law enforcement while unraveling the situation.

How to Find the Right Digital Marketing Company